” What a great initiative, thank you!

We spent two weeks without rehearsals and then we’ve been online until now. We don’t have an estimated date to start face to face rehearsals, we will probably continue for several months using the internet to see and hear each other. We had two guest choirs coming on trips to Santiago, a choir from La Serena and a choir from the Argentine Patagonia, none of these trips could be made and therefore the concerts that were organised together could not be made either.

We use zoom or hangout for the weekly rehearsals. As it is not possible to make music together and at the same time on the application, and as the choir is amateur, the rehearsal only works with my open microphone, they sing at home following my voice to learn the melodies. When in doubt, they open the microphones to ask for an example. In the second part of the rehearsal, I listen a little bit one by one to what they have learned. 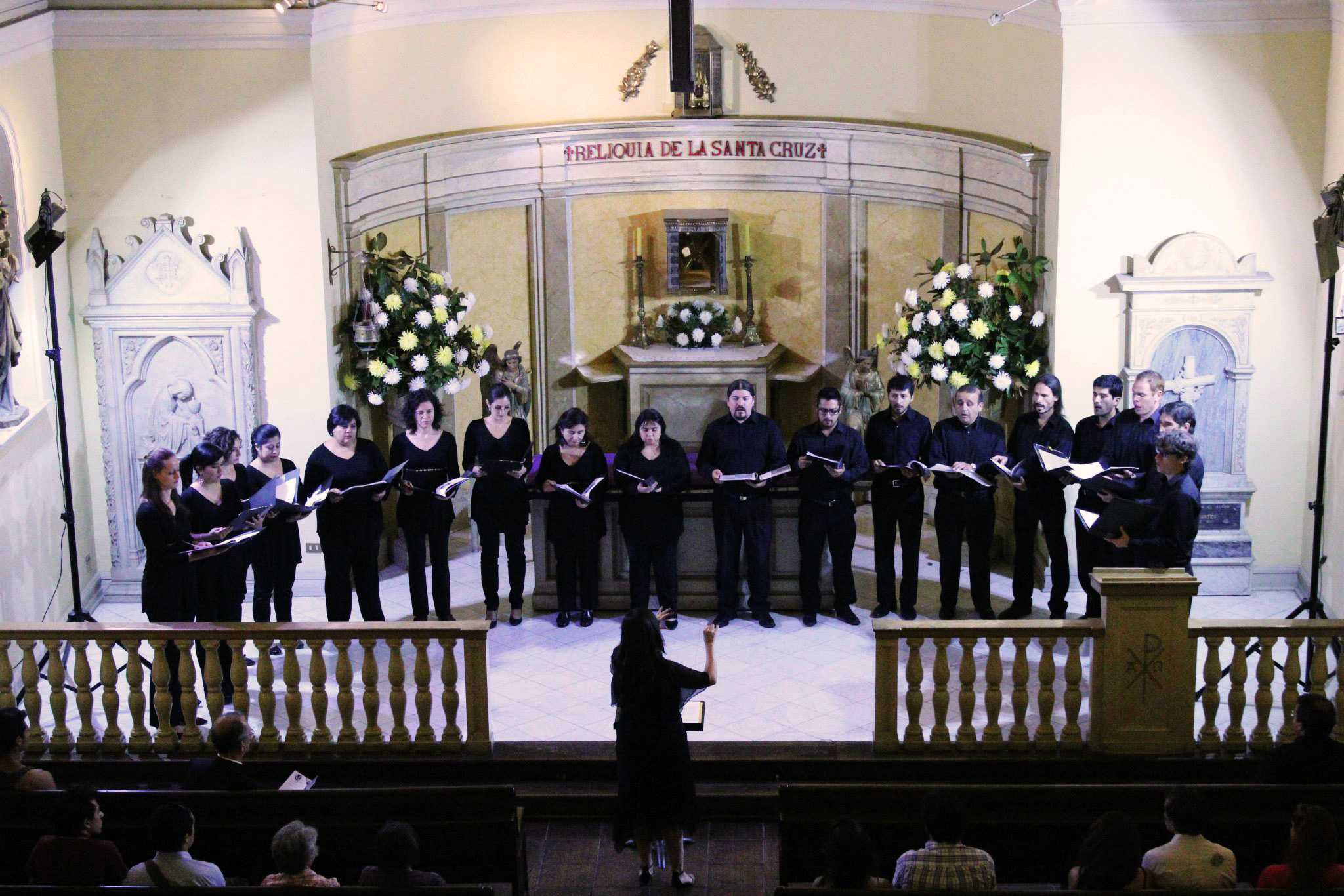 I send the material (scores, melody line) by mail and whatsapp.

It’s more a reflection of the importance of singing to maintain balance and mental health in isolation. I have just celebrated the 15th anniversary of my University of Ottawa alumni choir Catholic from Chile, which I have also directed for 15 years. The meeting lasted three hours because it was important for everyone to communicate, to tell their fears, worries and joys from that distance.

Seeing each other every week, singing even if we don’t listen to each other, gives us relief and gives us the hope to continue to learn so that in the near future we can make music together again.