To listen : https://www.youtube.com/watch?v=Pj3_PBnhINQ
” My name is Tsutomu Matsumura. I’m the general manager of the Japan Choral Association. I conducts 13 choruses among which mixed choruses, female choruses and child choruses. All  members are amateurs.
First of all, I know from news that France is in a difficult situation. Japan also is in exactly the same situation. Here in Japan we have a self-restraint request that has no legal force, but as a national character, we continuously keep a firm self-restraint.
Here, I would like to give you some information on the status of the Japanese choruses.
First, all rehearsal venues, concert halls,  and churches were closed at the end of February and since then, we have not been able to rehearse or get together.
Due to such circumstances, all the scheduled events including a charity concert in March, a competition in April, Mendelssohn’s “Elias” in May, and a choir festival in June, have been cancelled.
Currently, I have a Verdi’s “Requiem” concert to be performed by 400 choruses in total from the 13 choirs of mine scheduled for next February, so I am making a practice video for the concert and distributing it to our members.
© Combinir di Corista 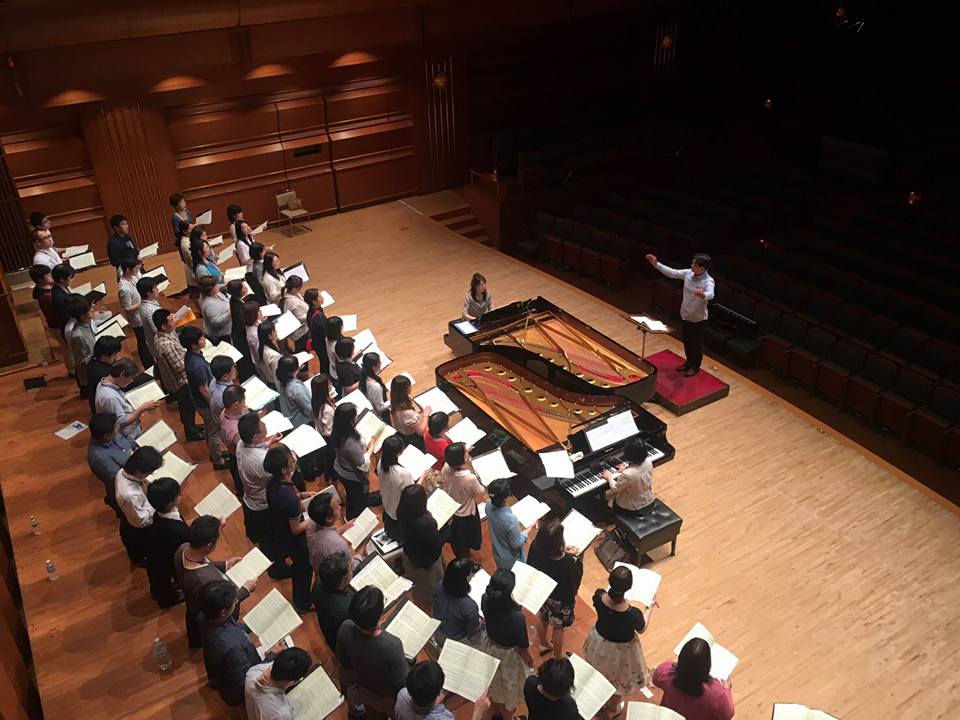 As for the prospect of resuming rehearsals, provided that the venues become available in June, we plan to divide the chorus members into several groups and start practicing while keeping social distance. This is our hope, but I think it will be quite difficult under the current circumstances.
In the meantime, I have instructed the singers to practice breathing so that their singing strengths do not decrease. For those who can use SNS and PCs, I started basic practices using Zoom.
In addition, a conductor and an accompanist helped me make and upload videos of the practice songs so that members can practice on YouTube.
However, these are just basic warm-up preparations and not real choruses.
We are praying the day when this pandemic will end and we will be able to return to our normal live
with environment where we can gather and practice together comes soon.
By the way, there is a song created at the time of the 2011 Great Earthquake in Japan which reassures people’s hearts. I will send you the link of the video.  It is performed by my chorus “Combinir di Corista”.
https://www.youtube.com/watch?v=Pj3_PBnhINQ
I am praying that you, your family, and the chorus of Strasbourg stay safe and away from the Corona virus.”
Best regards,
Tsutomu Matsumura 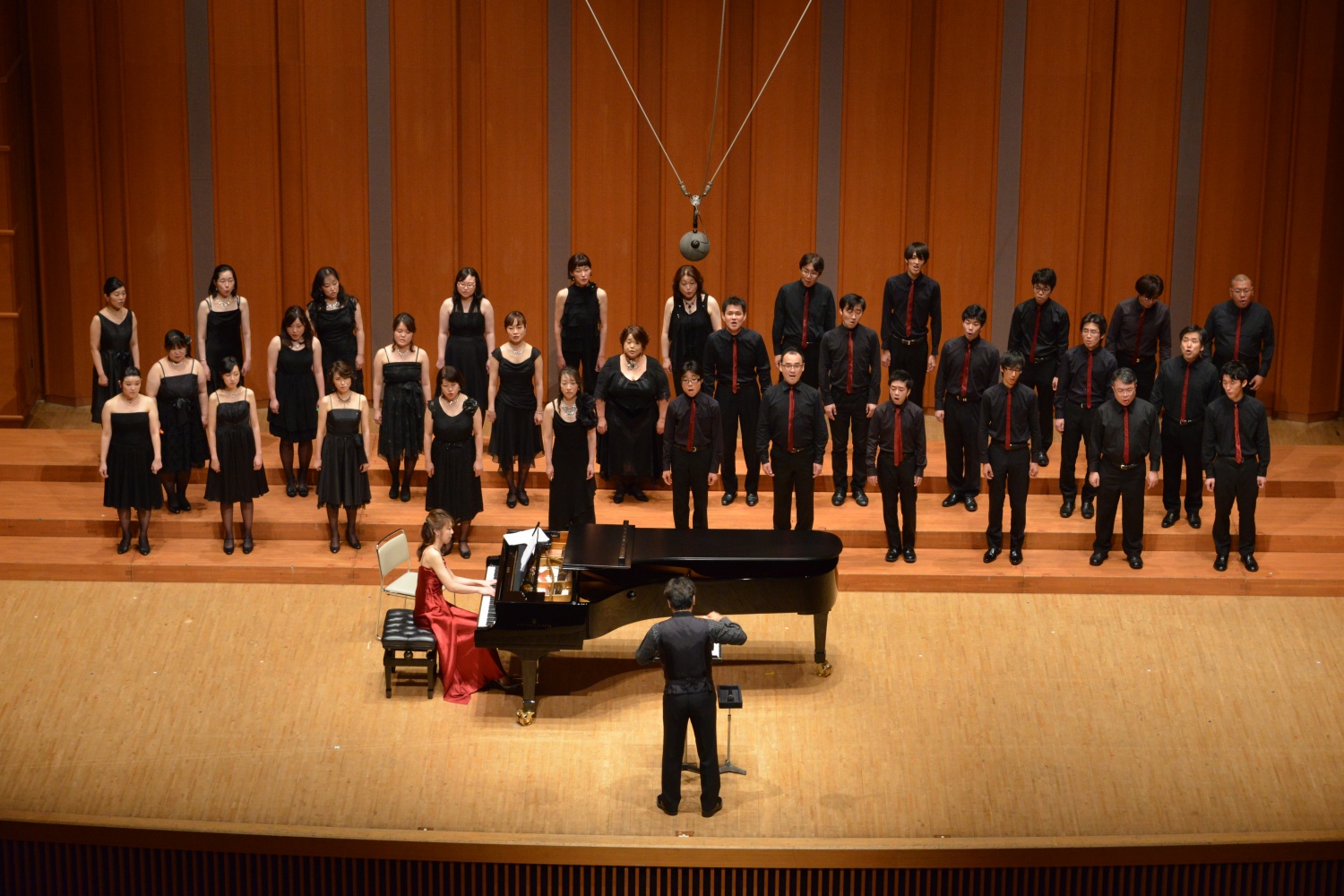